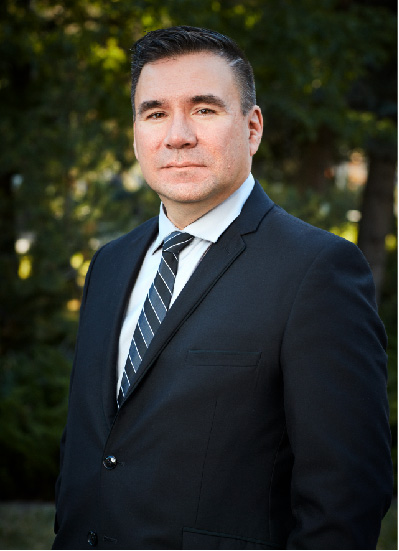 Download Bio Download VCard
Brad is a member of the Peter Ballantyne Cree Nation in Saskatchewan. Brad joined Maurice Law in 2017 as a partner in the Winnipeg office. Over his twenty years of practice, Brad has worked on a wide variety of legal matters, including aboriginal law, corporate/commercial law, civil litigation and administrative law. He has appeared in the Manitoba Court of Queen’s Bench and Manitoba Court of Appeal, as well as the Federal Court of Canada, Trial Division and the Federal Court of Appeal. Brad was part of the legal team that successfully defended a challenge to a First Nation’s tax laws under the First Nations Fiscal Management Act, the first litigation involving that statute. He also acted for a First Nation which became a partner in a major hydro-electric project, advising and acting at all stages of the project as well as appearing before both the Clean Environment Commission and Public Utilities Board during the regulatory processes. He continues to be involved in the implementation stage of the project. Brad has also advised numerous First Nation clients on implementation issues involving both land claim and flooding agreements. He was involved in the litigation concerning the disposal of the Kapyong Barracks in Winnipeg and has been involved in arbitrations and litigation concerning the Manitoba Treaty Land Entitlement Framework Agreement and Saskatchewan Treaty Land Entitlement Framework Agreement. Brad recently completed a two-year term as President of the Manitoba Bar Association, the first indigenous lawyer to hold that office and the first lawyer since 1946 to hold the office for two years. Brad is currently the President of the Canadian Bar Association, the first indigenous lawyer to hold that office in the history of the CBA. Brad has also been involved in eight productions of The Lawyers Play – a joint fund-raising production between the Manitoba Bar Association and the Royal Manitoba Theatre Centre.