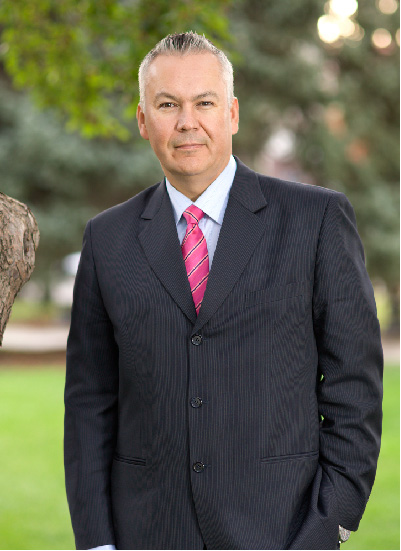 Download Bio Download VCard
Ron S. Maurice, a Cree-Métis lawyer, is the Managing Partner and founder of Maurice Law Barristers & Solicitors. Maurice Law was founded in 2002, and is the first – and – only – Indigenous-owned national law firm in Canada, with 19 lawyers located across the country. Ron has practiced law since 1991 and has extensive experience in the negotiation and litigation of specific claims, administrative law, trusts, financing, and alternative dispute resolution. Ron represents many First Nations across Canada on land claims and aboriginal and treaty rights issues including outstanding treaty land entitlements, unlawful surrenders of Indian reserve land and mineral rights, mismanagement of Indian monies, expropriations, infringements on aboriginal and treaty rights and associated claims for damages and restitution for the unlawful taking of reserve lands and other resources. Ron has extensive litigation experience and has appeared in various tribunals and courts, including the Supreme Court of Canada. Ron recently achieved a ground-breaking victory on behalf of the Beardy’s & Okemasis First Nation before the Specific Claims Tribunal for the unlawful termination of treaty annuities following the First Nation’s alleged participation in the 1885 Riel Rebellion. This claim was a “test case” on behalf of 17 First Nations. The Tribunal decided in favour of the Beardy’s & Okemasis First Nation and awarded equitable compensation of $4.5 million, which will pave the way for tens of millions of dollars in compensation for the other so-called “rebel” First Nations.* This award was approximately 5 times higher than the standard formula applied under Canada’s Specific Claims Policy to determine compensation for loss of use. Further, this is the first Specific Claims Tribunal decision on compensation that has not been subject to an application for judicial review at the Federal Court of Appeal level. Another of Ron’s crowning achievements involved the 2012 settlement of four related surrenders of reserve land set apart for the Cote First Nation. Ron was legal counsel and legal negotiator in a $130.4 million settlement for the unlawful surrender of 15,724 acres of land.* This settlement represents one of the largest specific claim settlements concluded in Canada to date. Prior to going into private practice, Ron was senior Commission Counsel to the Indians Claims Commission of Canada from 1992 to 1998 and was involved in 66 public inquiries into First Nation specific claims across Canada. Ron has been recognized as a leading lawyer in the area of Aboriginal Law by the Canadian Legal Lexpert® Directory.

*Past results are not necessarily indicative of future results. The amount recovered and other litigation outcomes will vary according to the facts of individual cases.*